In case you missed this fab recipe, here’s a yummy reprise from my friend, Dee Davis.

This Mac + Cheese recipe was voted a New York favorite. And her charming, cosmopolitan book, A Match Made on Madison, is part of a #Kindle Countdown Deal. 5 days only! Grab it today for just 99¢.

After you’re satiated on the best Mac ‘n Cheese in NYC, you can settle down to read this witty, delightful romp.

A Match Made on Madison 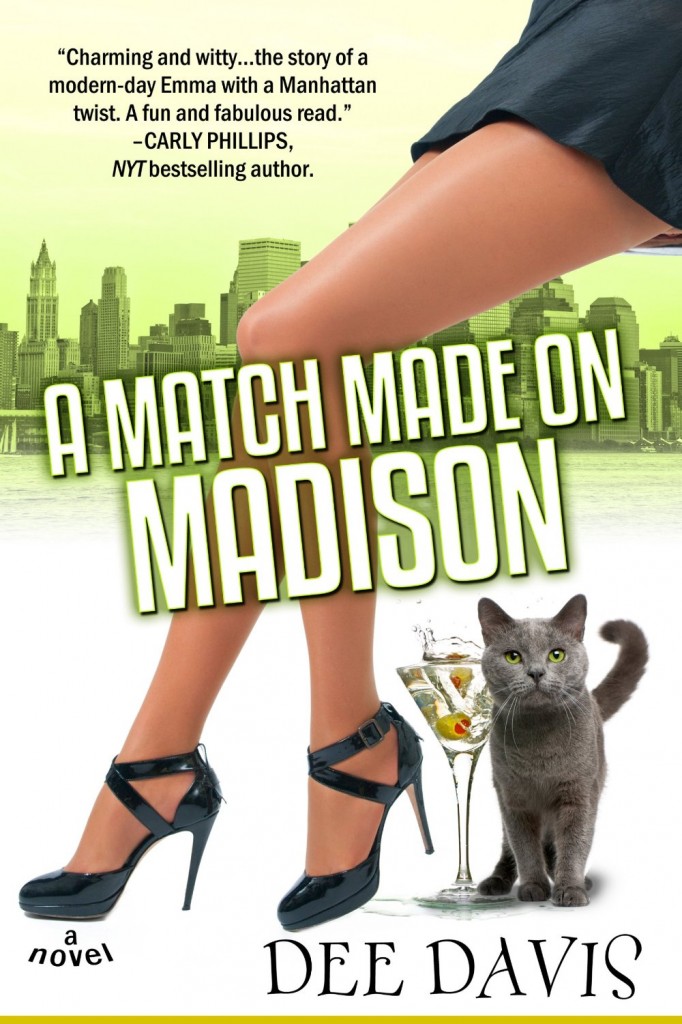 “Best remembered as the creator of the classic Madeline books for children, Ludwig Bemelmans once joked he’d like his tombstone to read: “Tell Them It Was Wonderful.” Well, wonderful it was, and still is, at Bemelmans Bar. Named in honor of the legendary artist, Bemelmans is a timeless New York watering hole that has drawn socialites, politicians, movie stars and moguls for ”–www. theCarlyle.com

“Another round please.” I signaled the tuxedo-clad waiter with an impervious twist of my hand, the gesture undoubtedly not nearly as regal as I supposed. But then dirty martinis will do that to you. Two is really the limit even for the most dedicated of drinkers. And we’d already had three.

But this was a celebration.

And I wasn’t paying the bill. Which was just as well.

Bemelmans is my idea of heaven when it comes to a bar. Small and intimate, with killer drinks, fiery-hot toasted edamame, and folksy art that puts one in mind of a children’s storybook, it’s absolutely perfect. But you could mortgage a Park Avenue apartment and still not have enough to pay the tab — especially on a martini bender. So better that it was Althea’s headache.

I’d save mine for tomorrow.

Althea Sevalas was my friend, mentor and sometimes rival. In truth, I’d absorbed all she had to teach me with the voracity of the young and hungry and then proceeded to go out and apply what I’d learned on my own.

Actually, I’m making it sound easier than it was. I don’t know that I’d ever have taken the leap, so to speak, if it hadn’t been for Franklin Pierpont’s tendency for dramatic scenes. Franklin is a billionaire geek with absolutely no social skills.

Althea had taken him on in a fit of absolute pity. And when his first match ended in a somewhat less than desirable way, he’d wound up standing on a ledge outside my office window – nineteen floors up. Obviously this sort behavior is not good for the matchmaking business, and Althea, who suffers from vertigo, tasked me with talking him down.

Suffice it to say that it was not one of my favorite assignments, but after showing half of Manhattan my Perele panties, and losing a Manolo to windowsill gymnastics, I managed to talk sense into the man.

Of course it didn’t hurt matters when it turned out that the policewoman who’d come to our rescue was not only a looker but the heir to a computer fortune. A definite sign from on high. So when Althea insisted on taking credit for handling the whole fiasco, I saw the writing on the wall, and with a little help from the Pierpont – policewoman merger, I started my own agency.

Anyway, at first there’d been understandable friction between us. After all I’d walked away with all Althea’s tricks of the trade so to speak. But with a little time she’d realized that Manhattan was big enough for both of us, and albeit warily, accepted me back into her circle of friends.

She wasn’t above twisting the knife a bit now and then though. And having been invited to the wedding of the century was a coup she’d no doubt lord over me for years to come. It was a first, and something I had to admit I aspired to achieve. Not that it was likely.

This was a one on fluke. Matchmakers simply aren’t considered wedding guest material. Too much a reminder of things best forgotten.

Which explains the reason for celebrating. And though it wasn’t really my triumph, I didn’t have a problem swizzling Bemelmans martini’s in Althea’s honor. Of course I’d brought reinforcements – my friend Cybil Baranski.

“So I heard that even though the gown cost half a million, the bride still looked like overfed farm stock.” Cybil adjusted her Oliver Peeple’s frames and leaned forward, eyes sparkling in anticipation.

Cybil and I have been friends since Trinity and believe me her love of gossip was a well-developed art form even then. Just ask Roberta Marston the first girl in our class to go all the way. And of course, being Cybil, she’s found a way to capitalize on her talent for digging dirt, getting paid handsomely by the Murdochs to write a syndicated international column that’s become a glitterati must read.

The bride in question is Susannah Barker, a long-shot late comer in the race to secure the hand of multimillionaire Robert Walski. Of course she had Althea on her team, which meant the odds were upped considerably despite what the rumormongers (excluding Cybil of course) would have had one believe.

“Honey,” Althea leaned in as well, their noses almost colliding. Dirty martinis are hell on depth perception, “when you’re wearing a size twelve at your wedding – there’s just not a lot a designer can do.” We all looked down at the newspaper Althea had brought. In this case the picture was beyond words.

Judged against the ordinary world, Susannah would be considered attractive, I suppose. But Manhattan is a sea of size twos. I’ve always believed that the reason restaurants open and close with such velocity here is due at least in part to the fact that while most women deign to visit restaurants out of social necessity, they very seldom actually eat anything.

Anyway, suffice it to say that Susannah holds up her end in the support of Manhattan restaurants. However, her size wasn’t the issue here. Her father’s upstate mills were. And when Baxter realized the advantages of his assets merging with hers. Well the rest is history.

But that’s what it’s all about, isn’t it? Finding someone whose social background and financial assets are equal to or enhance yours? All this nonsense about true love and opposites attract is ridiculous at the social strata we’re discussing. Marriage is a merger. It’s as simple as that.

Thank God, or Althea and I would be out of business.