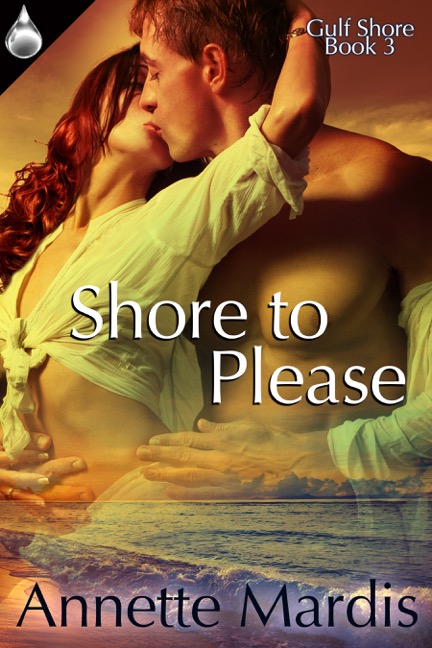 Thanks so much, Debra, for hosting me on your blog. I’m thrilled to introduce everyone to the “stars” of Shore to Please, Book 3 in my Gulf Shore series, which was released June 22 by Liquid Silver Books. Flipper is the head dolphin trainer at Gulf Shore Aquarium, the jewel of the tourist district in the west-central Florida beach town of Gulf Shore.

Flipper sets hearts aflutter when he dons a wet suit and interacts with his finned friends at the aquarium’s Dolphin Inlet habitat. But animal rights activist Tara Langley isn’t happy that Flipper sets her pulse to pounding, too. After all, the group she cofounded, Stop Whale and Dolphin Suffering, SWADS for short, is against keeping dolphins in captivity. If she had her way, the job Flipper loves would be rendered obsolete.

Flipper and Tara together are like a butcher and a vegetarian. Staunch conservative and ultra liberal. Boston Red Sox fan and New York Yankees supporter. Or fire and gasoline.

Why, then, are they both itching to strike a match?

When Flipper and Tara met in Shore Feels Right, Gulf Shore Book 2, there were sparks, good and bad, right from the beginning. It didn’t sit well with Flipper and his coworkers, of course, when SWADS members waved protest signs across the street from the aquarium. And when anonymous threats began arriving in the mail, Tara and her group landed on the suspect list.

As the threats escalated, it’s obvious more sinister forces have targeted Gulf Shore and its staff. Flipper’s boss is quick to believe the worst of Tara, while Flipper finds himself in the uncomfortable position of having to defend her.

And then he and Tara end up attending the same seminar in Orlando. Afterwards, Flipper offers to buy her dinner and, after some hesitation, she gives in. It’s far from a romantic interlude, and they desperately search for common ground amid the quicksand. 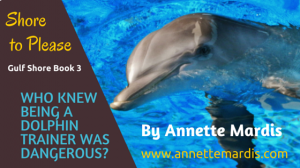 “Where’d you grow up, and how’d you end up in Orlando?” Flipper asked.

Tara flashed an enigmatic smile. “You can’t tell by my accent?”

His baffled expression amused her. In fact, the man himself delighted her when they weren’t picking at each other over his job and her cause. Once again she found herself wishing they’d met under different circumstances. But he couldn’t change what he was any more than she could.

“I’ll play along, mystery lady. What do you call a soft drink?”

She laughed. “Just one syllable. Now you tell me.”

“Growing up, I called everything coke.”

“Even when you were drinking root beer?”

“Yep. Everything was coke, lowercase.”

“After the first few times a server brought a Coke when I wanted a Dr. Pepper, I learned to specify. Okay, here’s another one. Do you refer to a small stream of water as a creek or a crick?”

“Me, too. What do you call your maternal grandmother?”

“Mimi. How do you address a group of two or more people?”

“My neighbors said you-uns, but my mother frowned on that expression.”

“Hmm. What kind of shoes are you wearing now?”

Flipper looked at his feet and then at her. “Tennis shoes. What do you call them?”

“Sneakers. All right, one more.”

“Of course. What’s the term for the gunk that gathers in the corners of your eyes overnight?”

She made a sour face. “That’s certainly crude.”

“And what do you call it, Madam Etiquette?”

“I think that’s pretty descriptive. I mean, you say those two words and everyone knows what you’re talking about.” She shook her head, still unconvinced. “Anyway, based on everything you’ve just told me, Tara, I’d say you’re from Snob City.”

“We’re back to Paul, are we? Okay, how about Snootyburgh?”

“Flipper.” Her tone carried a warning.

The corners of her mouth quirked. “Are you finished?”

“Keep it up and Comedy Central will be calling.”

“You can’t deny you sometimes sound like you have a big board wedged up your butt.”

“I most certainly do not!” He raised an eyebrow. “Okay, perhaps I do, especially when I’m feeling off-balance and lapse back into ingrained habits. My mother was an English teacher who abhorred slang and insisted on proper diction. I never even dared utter a curse word until after I went away to college.”

“That explains a lot.”

Tara flashed him a fake smile and continued. “She wanted in the worst way for me to major in English language and literature. I’ve always felt like a disappointment to her. She takes great satisfaction in comparing me to my younger sister, who buckled under to the pressure and followed in Mother’s footsteps. If you think I have a proper way of speaking, you should meet Caroline. Even I think she’s a bore. She married an equally tedious math teacher, and they have two oddly spiritless children who never have snotty noses, sticky fingers, stained clothing, or skinned knees. My mother is beside herself with pride.”

“Your household must’ve been some fun while you were growing up.”

“What about your father?”

“He was a high school principal preoccupied with upholding an image, so he and my mother were a united front. Now, back to our original topic. It’s my turn to do you.”

He winked at her. “I thought you’d never ask.”

“I didn’t mean it that way! Stop laughing. And you wonder why I tend to avoid the vernacular.”

That made him laugh harder. She tried not to smile but couldn’t help it.

“Just for that,” she told him, “I’m going to guess you’re a native of the Isle of Fools.”

Flipper gave her an indulgent look.

He leaned forward and silenced her with a kiss. Tara’s mind short-circuited, and she clung to his shoulders when he started to pull away. He cupped the back of her head and teased her mouth open with his tongue. Swept up in the moment, she briefly forgot who and where they were until the server plunked two beverages in front of them. They broke apart with a start, and as reality intruded once more, she feigned interest in her place setting and the small bowl of lemons for their iced tea.

She spread her napkin over her lap instead. He reached across the table and, with gentle but firm pressure beneath her chin, lifted her head.

“Don’t be so freaked out. It was just a kiss,” he soothed.

“Depends on what you want to happen?”

“Nothing, that’s what I want to happen. Flipper, what are we doing?”

“We’re having a nice time. Or at least we were until you started overthinking things again.”

“Overthinking? I’m not so sure my brain’s been engaged at all.” She ran a nervous hand through her hair.

“Isn’t it? There’s only one way this can end, and that’s badly. I’ve already endured one failed romance this year. I don’t think I could stand another one.”

Flipper took her busy hand and held it still. “Aren’t you getting a little ahead of yourself? You’re acting like we woke up in bed together after a night of scream-so-loud-you-piss-off-the-neighbors sex.”

The highlight reel in her mind made Tara’s girl parts leap up and shout, “Hallelujah!” Her tongue, on the other hand, seemed Super-Glued to the roof of her mouth. Staring at him was the best she could do at the moment.

“What? No snappy comeback?”

She shook her head.

Want to find out what happens next? Buy Shore to Please at these and other e-book retailers: