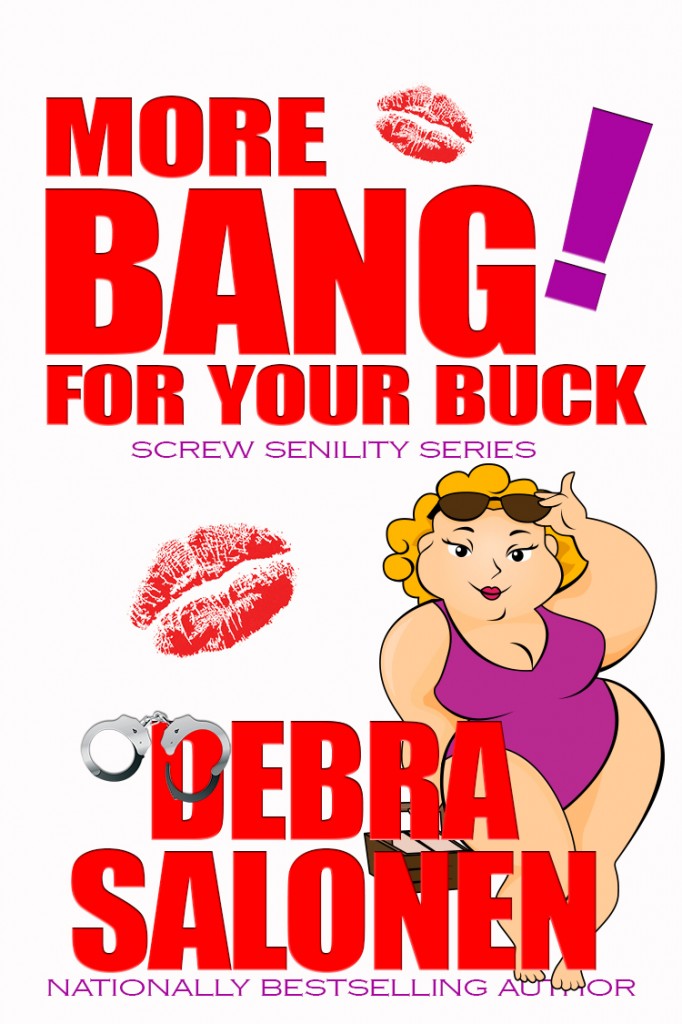 Kudos to my wonderful cover artist Kim Van Meter. She found the perfect “vector” to represent my heroine Judy Banger, tweaked the image as needed added the great lettering and special accents–notice the handcuffs. And lips.

When I showed the first draft to my husband, he said, “Where are the lips? You gotta have lips.”

Be still my heart. He noticed. 🙂

I may have mentioned that when I started this series, I assumed there’d be three books. Who doesn’t love a good trilogy? But when I came to the end of this book something amazing happened. Someone unexpected showed up and took Judy’s–and my–breath away. Suddenly, I knew Judy had a chance at her very own HEA (happily-ever-after, for you non-romance junkies). 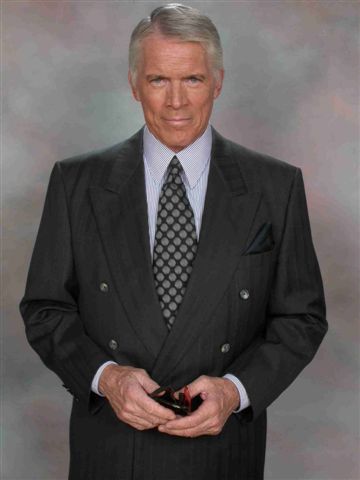 Here’s Judy’s first glimpse of the man (from More Bang! For Your Buck):

Fletcher’s annoyed snarl gave way to a sigh of resignation. He swallowed a big gulp of wine then said, “Hello, Dad. Imagine meeting you here.”

He made a sweeping gesture with his free hand. “Gang, let me introduce you to my father, Judge Wilson Canby.”

“Judge?” Lewis repeated before levitating off the bed to disappear into the bathroom.

Pru, Judy noticed, had apparently snatched her purse and hightailed it at the first sign of trouble.

Judy shrank against the cushion pinned by the blue steel gaze that surveyed her from toe to head. The man’s expression was as unreadable as his son’s, but tightly clenched fists and the rigid cast of his shoulders spoke volumes. Anger. Frustration. Disappointment. And something else. Grief? Despair?

She’d seen the same look on Buddy’s face when he talked about the pain of losing his wife or the regret he felt over the vast chasm of disconnect between him and his son. Buddy had thrown in the towel and let Lewis manage their relationship. This man, Judy guessed, wasn’t the type to give up without a fight. His Armani suit might as well have been made of chain mail.

Poor Judy. Caught in a most compromising position by the man of her dreams. How could any writer write her out of this mess?

That’s a very good question. I’ll let you know as soon as THE BIG BANG! THEORY is published (hopefully mid-June).

In the meantime, please help me get the word out about this series. Every review and social media “share” is greatly appreciated. And please sign up for my May Contest.

You may be the lucky winner of a $25 Amazon gift card, 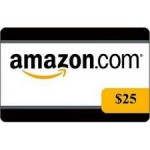 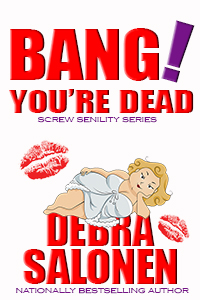 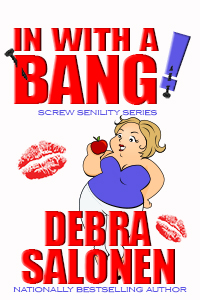 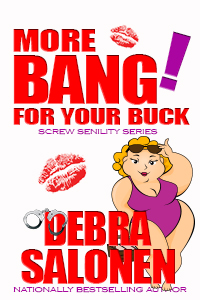 AND a free copy of On Fire Fiction’s LOVE ME SOME COWBOY, a box set of five great books by five awesome authors.

So, Happy May Reading, my friends!  Deb 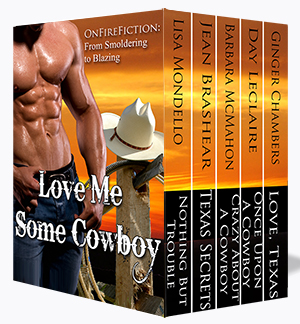 4 Replies to “More Bang! For Your Buck”