Judy Banger, the heroine of my Screw Senility series, is a sexual being. She’s not a hot and gorgeous twenty-something, like this model hawking Guess sunglasses. (Exactly what I would have guessed was the focus of the ad, too.) Not. 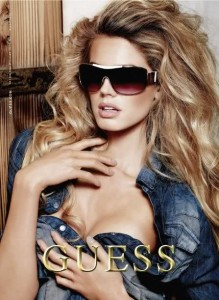 Like a great many of us, Judy belongs to a market demographic far, far from that “sex sells” ideal.

In a blog for The Hoopla,

She writes, “However this is exacerbated, hugely, by Western society being so youth-obsessed, weight-obsessed, image-obsessed. Female ageing has become demonised, an enemy to be battled on all fronts at any cost, automatically reframing the older woman as loser.”

Judy Banger would argue that age and weight does NOT define one’s sexuality anywhere other than in the media.

In Bang! You’re Dead!, she stridently declares, “I’ve got a vagina and I’m not afraid to use it.”

Actually, at 52, she’s more afraid she’ll lose it, if she doesn’t take a proactive approach to sex. So Judy is taking steps–and, yes, a mis-step or two–to embrace her inner bad girl and make up for lost time.

If Judy were writing an advice column for sexual beings of a certain age, here’s what it might look like: 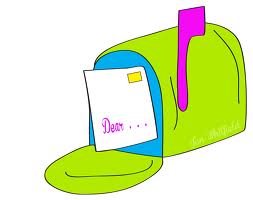 Hank, my honey of forty-odd years (Well, some were normal, but most? Not so much…), is no longer interested in playing hanky with my panky, if you get my drift. What should I do to light his fire?

Yank Hank out of his routine. You know that No-tell Motel on the edge of town? Don’t go there. Instead, book the best room in the nicest hotel in town. Nothing gets a man’s attention faster than overtly spending money he thinks might be his. Before your night at said hotel, invest in a “personal massager.” If Hank is reluctant to play, you can try using it like a Taser. It won’t lay him out flat, but he might laugh…and judiciously placed humor is a true aphrodisiac.

So, what do you think? Does Judy have a future in the advice business? Or, perhaps more importantly, do you agree that the media has made “women of a certain age” invisible?

BTW, Books I and II in the Screw Senility series are currently available–click here: Bang! You’re Dead! and In With A Bang! And, because positive reviews drive sales, I’d love to give you one of my backlist titles (e- or print). Just email me a copy of the review from Amazon, B&N, Kobo, iBooks, Smashwords or Goodreads.

Thanks for reading and as Judy might say….stay naughty,

3 Replies to “Sexual beings being sexual”