For those of you who didn’t just flee the room with your hands over your ears, crying, “No more social media. No more, I say!”…pull up a chair. I’ll make this short and simple.

Why would any author add another time suck to her busy life?

We tell stories about people. The people in our stories live in houses.

Some are tall, with silver-hair and a commanding look.

Sometimes, they eat at Greek restaurants.

All of these photos were pinned from Google images. I don’t own the copyright to any of them. I haven’t edited them in any way. I’m certainly not claiming ownership and I’d happily take them down if asked. These photos are starting points for my imagination. And they’re saved for reference on my Pinterest board, which makes a valuable archive.

For example, this morning I Googled: Greek restaurants. I clicked on images, found a lovely setting, which I pinned to my Bang! Pinterest board. I also shared it on FB and referenced it by asking my friends to teach me about Greek food. 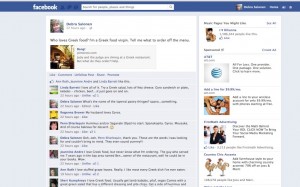 That post garnered a bunch of likes and replies, which is awesome connectivity in this busy day. I even got in a plug for my book “Bang! You’re Dead” and the one I’m writing “The Big Bang! Theory.” But best of all, I learned about Greek food from people with honest preferences. This was a writing win-win for a small investment of research time.

No. You may not be excused. Pinterest is a valid writing tool. 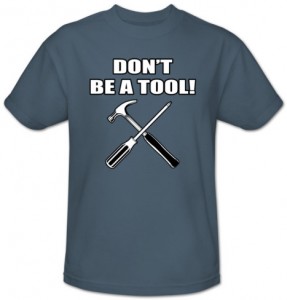 Don’t be one–use it wisely. And have fun.

When hubby and I first started talking about a movie date, I had a romantic comedy in mind. But I didn’t get my hopes up because usually our movie dates don’t evolve past the talking stage.

Then, suddenly, on Saturday, hubby found himself at a place in his WIP (his work-in-progress is rehabilitating a 1970s dune buggy, remember?) where he needed “stuff.” Guy stuff usually means a trip to Napa Auto Parts. Believe it or not, this trip involved a stop at Michael’s. Yes, the craft store. Why? Because my dear, sweet hubby is also a dear, sweet grandpa and he’d just rehabilitated a 20-inch bicycle for Miss M’s 8th birthday. He decided it needed girlie decals. 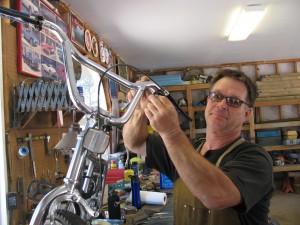 Ohh…what a guy (in the best sense of the word). 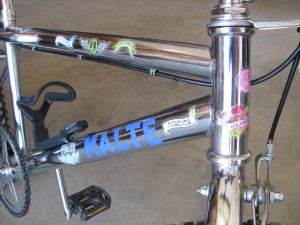 And since we were going to town…was Cowboys And Aliens still playing?

Turns out it was. And, as silly as the title and premise sounded, who am I to pass up a chance to see Daniel Craig and Harrison Ford?

I’m not a critic. All I ever ask of a movie is to entertain me for the two hours I’m staring at the big screen. And I was entertained. My hubby, on the other hand, was not. (Maybe seeing Daniel Craig shirtless doesn’t hold the same appeal for him.) Actually, I thought the director did a pretty good job considering the silly premise. And since I’m a big fan of tortured heroes–and this movie had two of them–I could get behind their characters and watch them struggle for their humanity. 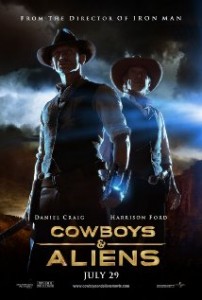 Harrison Ford’s character was far less likeable than Daniel Craig’s at the start. In fact, he reminded me a bit too much of someone in my family. But the fact that he returned from his journey a better man could almost give one hope. Almost.

Anyway, the movie date was a partial success–we had an excellent meal after the show. The bike is a huge success. And I’m headed back to my WIP to give my hero even more angst. LOL.

Have a great week, everyone. Have you seen any good movies lately?