MONTANA BLUEPRINT FOR LOVE was such a fun book to write. Partly because it’s the first in the series and I love beginnings. But also because it gave me an excuse to watch hours of HGTV: Property Brothers, HomeTown, Love It or List It, This Old House, etc….

As I wrote this story about a young woman at a crossroads in her life, I had no problem picturing her picking up a hammer to help her family, but I knew—even if she didn’t—that helping Boone Fielding flip her father’s “money pit” would bring her back to her dreams and long-forgotten passion, which had been buried under a pile of obligations and expectations.

This book made me reflect on my path to becoming an author. My high school English teacher told me, “Deb, you’re a very good writer, but that’s not a practical career path. Maybe you should major in journalism.” So, I tried. For one semester. Then, I tried a bunch of other things. Eventually, I wound up working as a feature writer for a newspaper, but non-fiction was never my passion. (They sorta frowned on people making things up. 😉 So, I completely identified with Ruby’s need to rediscover what made her tick—building, remodeling, bringing old wrecks back to life.

And, because Ruby was the firstborn of the McCall girls, she knew how to twist arms and make her sisters join in the “fun.” That each sister found herself AND her dream hero in the process was the best part of writing this series.

If you haven’t read the Property Sisters of Montana series, here’s your chance to download three books for the price of two. 😉

PS: Tule’s policy it to revert the book to full price immediately after the 24-hour feature has run. Please grab it right away.

PPS: If you’re not following me on BookBub, please do. They will always send you notifications of my new releases and special deals, in case my newsletter winds up in your spam folder.

This holiday always feels bittersweet. It makes me miss my mom, Daisy, even more than usual. She was such a special human being. I don’t think I appreciated her enough in my youth, but I treasure my memories of her and her legacy that I see in my children every day.

I also miss my wonderful mother-in-law, Mae, one of the kindest people I’ve known, and my two sisters, Jan and Jeanne, who helped raise me. I also think of all those mothers who came before me and how challenging their lives must have been. I’m fortunate to come from “good stock.”

And, of course, I celebrate the mothers of my wonderful grandchildren, Kelly and Ruth.

However/whomever you celebrate, I wish a beautiful day!

This link should take you straight to the Bookstore Page and supply the discount at checkout. Happy reading!!! https://tulepublishingshop.com/discount/WeLoveMoms

I have some great memories of St. Patrick’s Day celebrations in years past, but none very recent. So, I thought I’d share a snippet that takes place at next hero Sam O’Neal’s annual fundraiser at the Rocking M ranch. (This appears as an epilogue in HER COWBOY VALENTINE and will also serve as the prologue in HER TWINS’ REAL FATHER (to make it a true stand-alone book, as well as a continuity series.)

Sam O’Neal tapped the toe of his cowboy boot to the beat of the Irish band Josh somehow procured at the last minute. Sam’s regular D.J. wasn’t too happy to be sitting out this annual event, but by the looks of the happy faces all around him, live music was the one thing that had been missing from his St. Patrick’s Day barn dance.

“Great party,” someone shouted over the music. Sam nodded his greeting to TJ Huey, who looked dapper in a crisply pressed black shirt with a kelly-green western string tie.

Sam motioned for TJ and fiancé Paige Jackson to follow as he stepped around one of the pyramids of hay bales that helped absorb the sound and provided a place to sit when your feet got tired of dancing.

“Thanks. I don’t know where Josh found these guys, but they’re really good.”

He shook TJ’s hand and smiled at the pretty woman at his side. “Nice to see you again, Paige. Doc’s been singing your praises. How are the wedding plans coming?”

The lovely blonde held up both thumbs. “We’re all booked. It really helps having a local on the ground in Vegas.”

“Especially a local with a platinum credit card,” TJ put in.

Paige’s laugh warmed Sam’s heart. He couldn’t have been happier for his old friend, who’d been through lot of disappointments and heartache over the years.

Out of habit, Sam scanned the crowd for his brother. Is he over-doing? Drinking too much? Alcohol was sugar, and sugar fed cancer cells. Josh’s doctors may claim his last scan proved he was cancer free, but Sam heard that before where his late stepdad was concerned.

His tension eased when he spotted Josh and Jenny talking beside the smorgasbord of classic Irish dishes—or the Americanized version of them. Jenny didn’t appear happy. No surprise. She and Sam had one thing common–they both worried more about Josh’s health than Josh did.

“So, have you two been dancing?”

Paige blushed. “I never really learned. Always had my nose in a book, I guess. But the music makes me want to learn.”

Sam made an ushering motion toward the dance floor. “Aw, just dance. Nobody will judge. I promise. We’re all just here to have fun and let off a little steam after a long winter.”

Envy—not something Sam often felt—pricked the thick shield around his heart. Of course, it was hard not to be a bit wistful around Josh and Jenny. Even though he couldn’t be happier that his brother found his soul mate–Josh’s words, not Sam’s–Sam knew it unlikely that he’d wind up with that kind of relationship.

He’d heard it said a person can’t miss what he’s never known, but Sam didn’t think that was true.

He’d have given anything to share the kind of love he knew existed between TJ and Paige and Josh and Jenny. But some things just weren’t meant to be.

“I should play host and check on the food. You guys have fun. I’ll see you in Vegas, if not before.”

He watched them melt into the crowd before turning to thread his way through the revelers. The closer he got the to buffet table the clearer it became the lovebirds were arguing about something.

“Don’t you dare. We have still options.”

“Hey, you two, what’s up? Why aren’t you dancing to the great band you found, little brother?”

Josh—the kid Sam always thought had the looks of a movie star—dropped his chin and gave his wife a look that clearly warned he was about to say something she wasn’t going to like. “Hello, Sam, we were just arguing about you.”

May the luck of the Irish be with you! “Sláinte!” (Pronounced slawn-CHA, in case you wondered. ;-)) 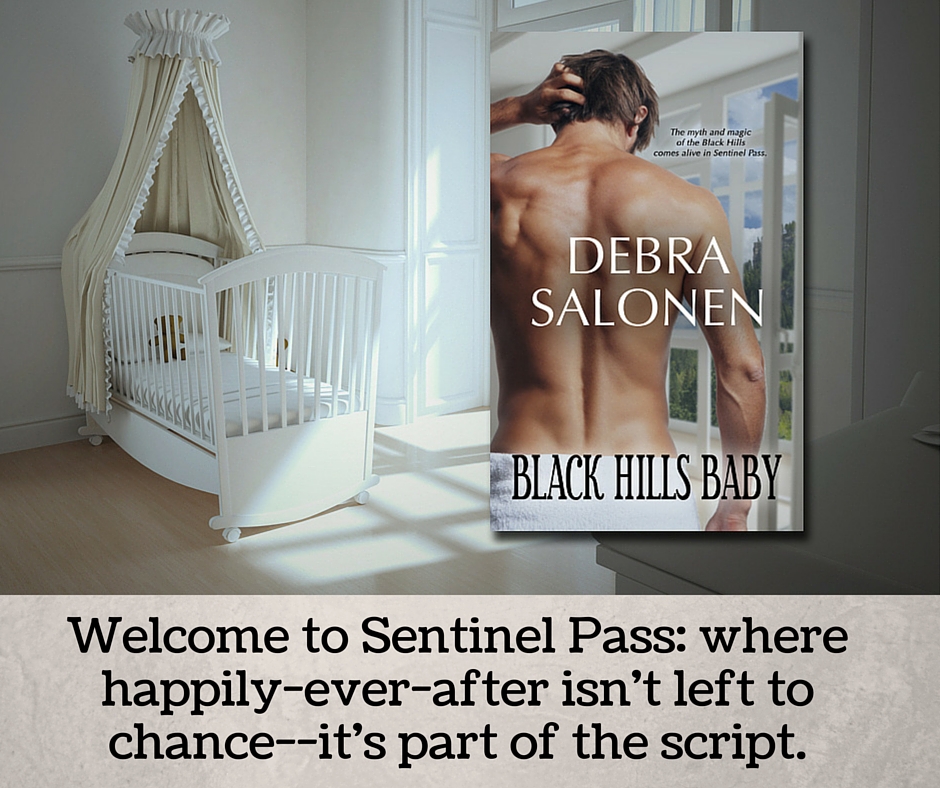