Where did November go? I blinked and it was gone. I’m “blaming” BookBub for the exciting, and, at times, grueling promotion frenzy that has occupied my every waking–and, unfortunately, too many non-waking–moments.

Happily, the effort has been worth it. Every day, I get a report from BookTrkr telling me how many of my books have sold–or been downloaded–and WHERE.

I decided to keep the sale price of FREE through December 15 because…I honestly don’t remember why. LOL. If I’d known it was this much work, I probably would have ended it today. Sigh. But, I am happy–really happy–about getting this book in the hands of readers around the world. 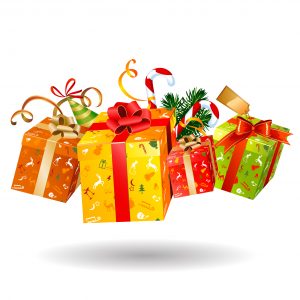 Now, about this whole December thing…how many gifts have you bought?

If you say you’re done with your shopping, I’m sorry, but we are no longer friends. (Kidding. I admire you. Really. But I hate you, too. 😉 Just a bit.)

I am very behind, but here’s one thing I just realized: I’ve become an online shopper.

I didn’t mean to, but I was in Target last week and nearly had a panic attack. So many people. Long lines. Strangers coughing. Too warm (germs flourish in a warm environment, right?).

Since then, I’ve purchased half a dozen gifts from the comfort and cleanliness of my couch.

Are you a brick and mortar shopper or an online shopper? Really curious.

Welcome back to my First Kiss: Tuesday blog! It’s been awhile, I admit, but I’ll try to do better. In fact, all of December I will be featuring first kisses from holiday books to keep us in the Christmas spirit. 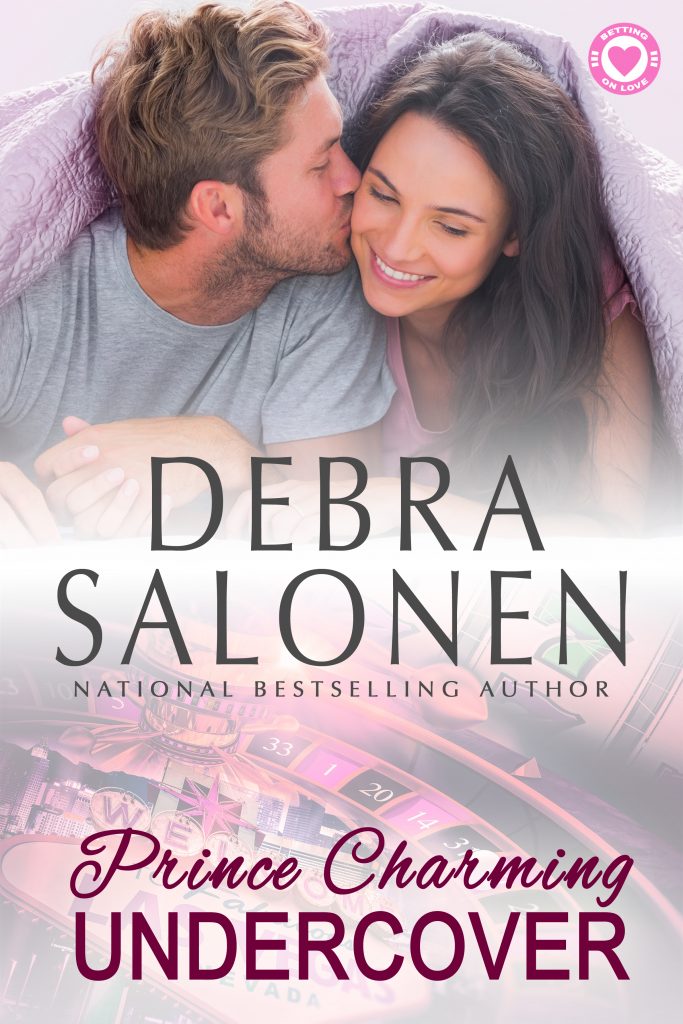 “No, hey, you. You’re a guest here. I picked you up from the airport, then didn’t see you for the rest of the day. Would it hurt you to play the friendly chatter game?”

That sounded almost as though she was disappointed. Nick kicked off his shoes and walked to the edge of the pool. Grace looked up, her eyes wide and mouth slightly open. He stepped over the edge and sank down, fully clothed. His feet touched the tile bottom and he pushed off. When he opened his eyes, his face was a few inches from hers.

“How friendly did you have in mind?”

Her mouth opened and closed the way it had when her cousin’s kids and her niece had tried to pick his pocket. Nick had a feeling it took a lot to leave her speechless. Instead of answering, she turned to swim away, but he caught her arm.

She tensed as if he were a threat. Maybe he was—to his own peace of mind, most certainly. To this case, very possibly. He had to stop whatever was going on with his libido before it got out of hand. And he would. After he kissed her.

Just once. Because her lips were too tempting to resist. Even now, when her expression was one of consternation, her lips were ruddy and full. Her upper arm was soft, although the muscle seemed solid and ready to fight him off if necessary. But the slightly questioning look in her eyes told him it wouldn’t come to that if he kept things civilized.

He kicked his feet. His jeans were heavy and cold on his skin even though the water was warmer than he’d expected. When he was close enough to detect the faint odor of garlic and spearmint on her breath, he said, “It would probably be uncouth to kiss you, wouldn’t it? We haven’t even dined together, yet.”

She ignored his question. “I work odd hours. Sort of the split shift from hell.”

Even in the faint light, he could tell that she’d read more into the offer than he’d intended. “My treat,” he added. “We could meet out front. You can take me to your favorite spot.”

She laughed shortly, confirming her embarrassment. Oddly, this small vanity made her suddenly very human, and real. He knew without a doubt that she wasn’t Charles’s stooge or cohort. She was Grace Parlier, her father’s princess who was just trying to keep her family together.

He’d never met a woman like her, and if he had, he’d have pushed her away. This time, he pulled her closer. Her chest brushed against his.

“I think you might be crazy,” she said, laughing. “And here we were worried about you being a hit man. You’re really just plain nuts.”

“That’s one explanation. Dazzled by your beauty is another.”

He lowered his head to kiss her, but she slipped, mermaid-like, from his hold and swam underwater to the far end of the pool. She pulled herself up and out of the pool, grabbing a towel from the back of a lawn chair. Even in the misty lighting, Nick could tell her breathing was shaky.

She started away but stopped and turned slightly. With a smile that made him groan, she blew him a kiss and said, “See you at breakfast. Any day but Saturday— I sleep in on Saturdays.” Then she disappeared into the darkness.

As he sank under the water, he heard the sound of a door closing. Submerged, eyes blinking against the sting of the chlorine, he shook his head. She was right. He was crazy.

Also, my book is being featured on Thursday November 29th 2018 at www.ebooksoda.com. Check it out for free and bargain ebook deals!

Making a previously published book go FREE is no easy task. Believe me, it’s taken hours of every day for the past two weeks. Some vendors are a piece of cake. Some are a piece of … work. 😉

But this morning, my first BookBub Feature (as an Indie author) came out! I’m so excited and thrilled for the exposure this will give a book I love dearly, PRINCE CHARMING UNDERCOVER. Fingers crossed readers will love it and want to read the rest of the series.

I was disappointed to learn that the book was NOT free in Amazon Kindle India (after being told the price had changed), but some things are beyond your control–and it’s important to remember that when you’re an author. Sigh. 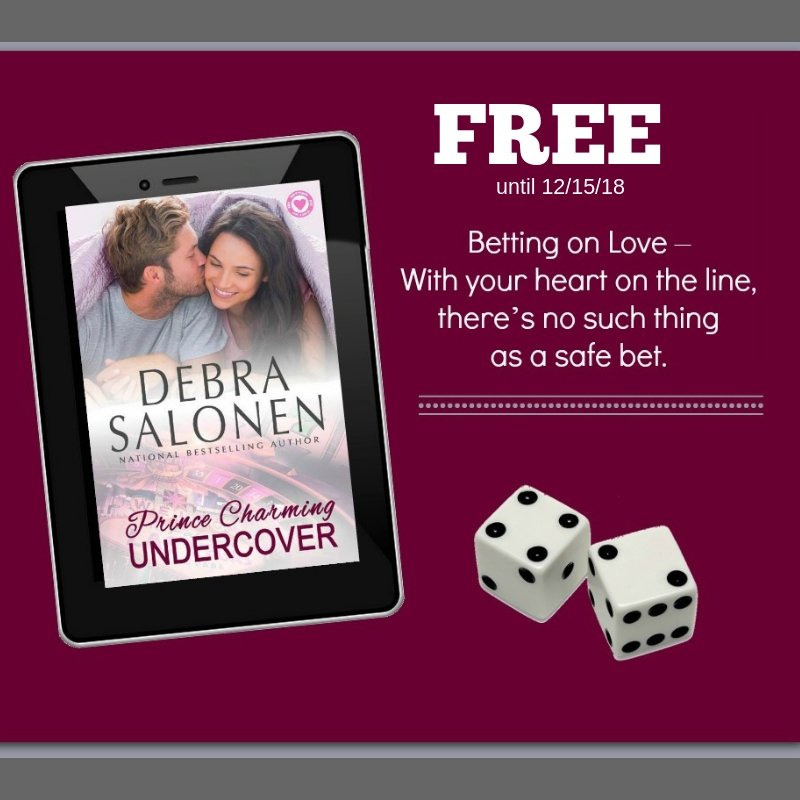 If you love a little suspense with your romance, I hope you’ll give this book a try. (And your kind review would be GREATLY appreciated.) Here a few pull quotes from reviews to date:

“An utterly gorgeous start to a new series”

“…a plot that makes caring about the final outcome imperative.”

“…entertaining, intriguing, emotional and couldn’t put the book down…you will not be disappointed!!”

Have a great weekend and happy reading!!!